It’s after dinner, and you decide to plop in front of the tube to allow your meal some processing time. You decide to watch CSI: Miami because you wanna see what campy one liners David Caruso is gonna deadpan into the camera.

“Horatio, most of the robbers were able to leave the crime scene, but one courageous bank clerk was able to wrestle a suspect down to the ground.”

“I guess we have a real…” Caruso softly says as he puts on his glasses, “loan ranger on our hands.”

You brace yourself for the theme music – “YEEEEAAAAAHHHHHHHH” – but instead, an even louder Snuggie commercial bombards all eardrums in the general vicinity. Fight or flight instincts pervade the consciousness of you and those around you, namely your significant other and pet dog. Your spouse barks, “Turn that down!”

Obviously that commercial was loud enough, because yesterday the FCC passed the Commercial Advertisement Loudness Mitigation (CALM) Act. Aside from further proving that Washington is great at creating catchy acronyms, what does this mean? A year from now, the FCC will be able to enforce against excessively loud commercials.

“The order requires that all stations and MVPDs comply with both the local commercials they insert and with the embedded commercials they pass through as part of programming supplied by a network or programmer,” says Lyle Elder of the FCC.

These new regulations will rely on consumer complaints. The FCC states that they will analyze any “trending” complaints before they will take action. 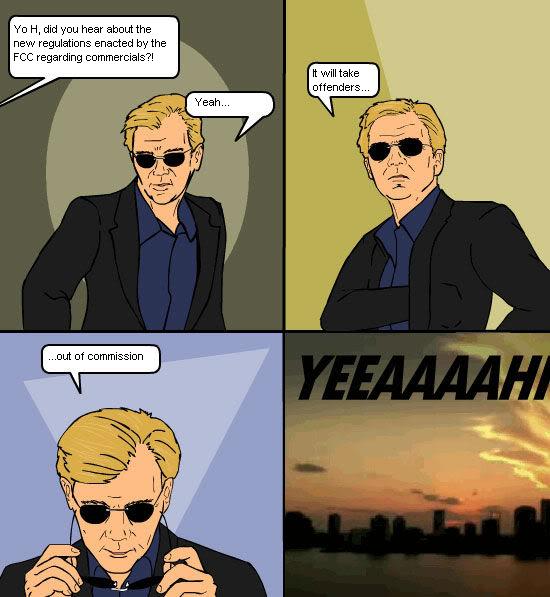