It’s crazy how quickly time flies. In the time I have been writing here at Enhanced View, this will be the fourth time that I am writing about CES. This year it really sneaked up on me. “Is it really January already?” It is.

Many new products graced the floor this year, but I want to draw special attention to one of the most bizarre keynotes I’ve heard of. Yes, it’s stranger than the time Steve Ballmer of Microsoft paced on stage as he yelled “I LOVE THIS COMPANY!!!”

This year’s generous dose of bizarre was administered by Telecommunications company Qaulcomm. Here is a quick preview of what happened.

Please click here to see the video on The Verge. It’s about a minute long, and it’s well worth the view. WordPress doesn’t want to let me embed the video =(. Please be cooperative. Click the link, scroll to the bottom of the page, and marvel at the awesomeness! =)

It had everything. It had over acting 20 somethings, Steve Balmer, a vaguely racist Big Bird, and last but not least Maroon 5 (during the live stream of their performance, a Dido song was dubbed over their unlicensed music).

Qualcomm wanted to drive home the idea of “Generation M” — a generation born into the mobile realm. “Hey Paul Jacobs, Pepsi called from the 1980’s. They want their ad campaign back.”

Anyway, with people using their phones for everything now, people have quicker access to many clients and platforms — including Facebook. Unfortunately for those who use Facebook excessively, the phenomenon of Facebook envy has been confirmed to exist.

Reuters:
“Witnessing friends’ vacations, love lives and work successes on Facebook can cause envy and trigger feelings of misery and loneliness, according to German researchers…

The researchers found that one in three people felt worse after visiting the site and more dissatisfied with their lives, while people who browsed without contributing were affected the most…

Men were shown to post more self-promotional content on Facebook to let people know about their accomplishments while women stressed their good looks and social lives.”

The gist: the more you lurk, the more you hurt. And if you’re lurking Facebook while rocking the hardware that the guy pictured below is using, you’re all kinds of messed up. “MISO LONELY!!!” 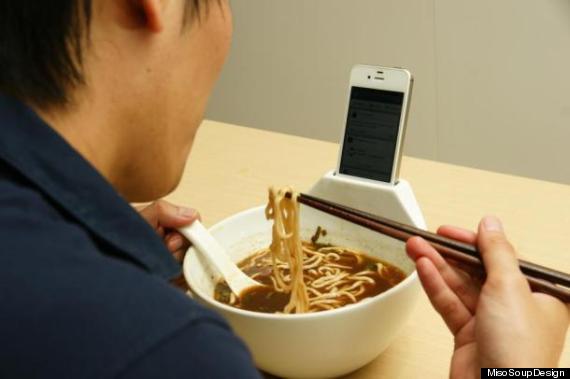