Here’s a story about Sal. Sal once worked at a prestigious hedge fund in Boston. His cousins from New Orleans needed math tutoring, so he decided to help them by posting video lectures on YouTube, discussing basic mathematical concepts.

Time went by, and his viewership skyrocketed. No longer was he only reaching his cousins, but he was also reaching many other struggling math students. His next decision was to quit his day job and pursue this other calling.

His website, khanacademy.org, began featuring many other videos on subjects other than math. Soon his free service included lessons on: Physics, Economics, Computer Programming, Art History, and Finance. Opening this non-profit caused him gain attention from Bill Gates, Robert Wood Johnson, and even Google.

Since being backed by such major players, his website has implemented mathematical exercises to help students master concepts.

Khan’s mission: “provide a free world-class education for anyone anywhere.”

Just recently his website teamed up with Bank of America, and I can’t help but think that Khan has sold out. Even in the way he speaks of the partnership, he cannot avoid the inherent sketchiness of the situation.

Khan: “I was skeptical at first. We’re a not for profit; they are a big bank… There’s a huge risk. Our main asset is our credibility. We don’t want to become commercial… We’ve been approached by other folks and even though it would have helped support us, we wouldn’t do it because of that fear. A lot of companies talk about education; it always ends up becoming spin and marketing.”

Why, Khan? Of all the banks you had to choose, you chose Bank of America. The same Bank of America who finished in the top 3 of the Consumerist’s annual reader poll of Worst Companies In America (it beat out Wal-Mart, AT&T, and even Carnival). This is the bank that is alleged by former employees to have deliberately denied eligible homeowners to loan modifications and lied to them about the status of their mortgage payments and documents.

But now he appears on the BOA’s website, having now sipped a bit too much of their Kool-Aid.

Khan: “Bank of America’s mission is identical to ours — to get people to master the basics of their personal finances.”

Whatever you say, man. 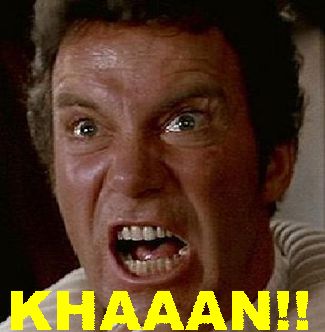