The Bay Area is abuzz. Namely, in Mountain View, Google has released a few videos of its new self-driving prototype car. No, it’s not just some modified Prius, but everything you’d imagine an autonomous automobile from the tech giant to be.

It’s a fully electric vehicle that looks like a rounded Smart Fortwo. By far, the most noticeable features become apparent as one enters the car, that is — its lack of standard features such as steering wheel, brake, and ignition. One simply sits in the car, presses a start button and enjoys the ride, or presumably browses Chrome on the touchscreen in the dash. 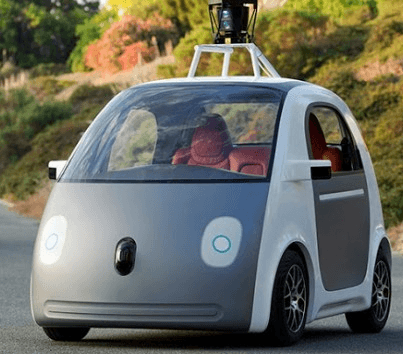 While this proves to be an exciting prospect for the future of transit, it also raises some questions that cannot be ignored. What will become of the data produced by users? Will Google use this as an opportunity to tailor even more specific ads? Who would be responsible in the event of an accident?

Meanwhile, in Cupertino, music producers Dr. Dre and Jimmy Iovine are meeting with Apple CEO Tim Cook regarding the acquisition of Beats Audio. With a price tag of $3 billion, this is Apple’s largest buy by far. Already Beats headphones have been a fixture in Apple stores, but it seems that it’s more than just accessories that Apple has its eye on.

“We love the subscription service that [Beats] built… We think that it’s the first one that really got it right,” says Cook. More and more music lovers have been leaving the one popular 99-cents per track model championed by iTunes and have started flocking toward streaming music offered by Pandora and Spotify.

Apple, however, will not scrap its already existing streaming service, iTunes Radio, and mentioned that it will “casually compete” with Beats who will report to Apple financially.