As you are leaving the grocery store, you see it there hugging the wall near the exit — a line of families waiting to rent movies from that big red box. Redbox in conjunction with Verizon is going to release a feature that is poised to give Netflix a run for its money. The two companies will be launching a $6 monthly subscription for streaming content — obviously undercutting Netflix’s $7.99 monthly rate.

Redbox’s movie content comes from Epix, and will include newish movies that you would normally find on Pay Per View or On Demand. AllThingsD mentions that Redbox will not have as much television content as Netflix. However, Redbox also offers a DVD service of only $8 monthly which is still lower than Netflix.

In other news, rumors have been spreading about Apple’s mythical television. Chances are, one will be able to search through resources such as imdb, Netflix, and social media to find content with this machine.

Not mythical enough for you?

Morgan Stanley analysts, after digging through Apple’s patent records, said that this television may have a “groundbreaking 3D imaging and display system that optically detects human positions and motions, projects virtual objects onto a display area, and provides audio and visual feedback.” That is essentially a 3D projection in your living.

Of course these are just rumors, and we all remember the outrageous ones that were floating around during the release of the iPhone 5 — a good phone, but nothing revolutionary. One thing is certain: it’s going to be a buzzing day in the tech world when the Apple television set is displayed on keynote.

I really have not said anything funny in this newsletter. So, here is a picture of Kanye West wearing a skirt at the 12 12 12 benefit concert. Enjoy! 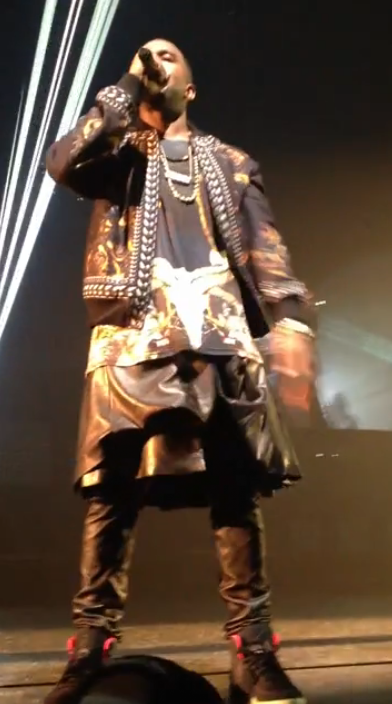