To those loyal readers of mine (and I do thank you from the bottom of my heart for being there every week), the article I promised to deliver to you today, as part two of last week’s article, has been bumped. A far more compelling story has surfaced, and I just can’t ignore it.

Jeff Bezos, CEO of Amazon, has bought The Washington Post for $250 million cash. This purchase was preceded by him first selling $185 million worth of Amazon stock, however it is unknown as of yet whether the two events are related.

It hasn’t been a good time for print journalism. The internet has irrevocably changed the way we consume news, and it’s a good bet Bezos knows that, considering his reputation for using technology to streamline business (and because he doesn’t live under a rock).

The Washington Post, a newspaper known for its long-form political analysis, was founded in 1877, and gained national notoriety for its coverage of the Watergate scandal in the early 70’s. It is believed that said coverage was instrumental to Nixon’s resignation.

Although Bezos is an outspoken libertarian, he assured employees in a memo that the paper “will continue to follow the truth wherever it leads…”, that he will not be leading the Post on day-to-day operation, but rather he will keep current upper management on board, while still focusing on Amazon.

So basically, we won’t be seeing any campaign posters like this in the near future: 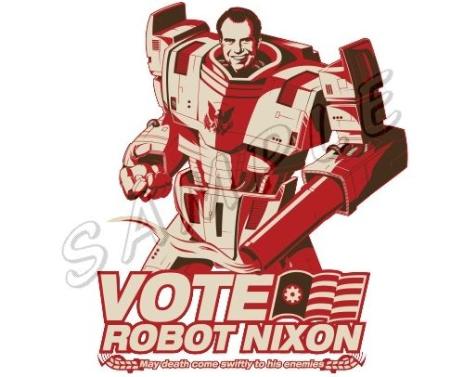 At least not because of Jeff…

Bezos also mentioned, in the memo, how over the past ten years, he has become dear friends with Don Graham (former CEO of the Post, whose family owned the post since 1933).

This new era in the Post will likely include email newsletters in its business model. Bezos mentioned that they’re “short, well written, and are delivered right to readers via email with minimal fuss and no expense.”

Yes, The Figgz Factor is self-aware.

Although there are sure to be many bumps ahead, with new ownership, Bezos looks to facilitate experimentation in the journalism world. With someone who is forward-looking (and crazy) enough to recover, from the ocean floor, an Apollo aged booster in the name of future civilian space travel, I’m sure the post is in good hands. 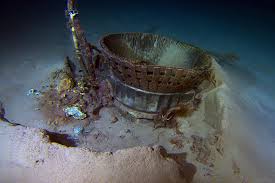