What is the Difference Between Camcorder, DSLR and Mirrorless Cameras?

Camcorders are great for news and events, at the same time, it is much easier to use. DSLRs and mirrorless cameras are ideal if you want to obtain the “film look.” Furthermore, if you want the best features of both, then you should go for cinema cameras.

What Should You Choose?

What will you use for your low-budget filmmaking? Should you buy a DSLR, a camcorder, or a mirrorless camera? The choice is not as easy as it was several years ago. Nowadays, the quality of DSLRs is getting better, while other options now include DSLR-like features.

What Are Their Differences?

Camcorders are specifically designed for shooting videos. Most of these products include tilt-and-swivel screens, as well as built-in zoom lenses. Pro camcorders which are more expensive, come with professional XLR audio inputs and excellent built-in microphones. However, they are not best for still photography.

Digital SLRs or DSLRs are exclusively designed for still photography. It uses interchangeable lenses. When you are taking a picture, the image will be reflected on the mirror and flipped up. Hence, when you use it for shooting a video, you should use the “Live View” option.

Mirrorless cameras are just like SLRs; however, they do not have mirrors. The image can be viewed on an electronic viewfinder if it includes one or on the main live view screen. Most often, they are lighter and smaller compared to DSLRs.

What are the Major Differences Between DSLR and Mirrorless Cameras?

Mirrorless cameras and Digital Single-Lens Reflex (DSLR) are both interchangeable lens cameras and include features designed for more advanced photography. There is a wide range of models that are available for each of these, whether it is for entry-level photography or professional photography.

Typically, both cameras have large sensors, permitting some light to enter and capturing more detail compared to the standard digital camera. The major difference between these two is the way how the image previews are shown. DSLR cameras include a reflex mirror inside, which means that the light will bounce up into the optical viewfinder.

On the other hand, when it comes to mirrorless cameras, the light goes straight into the image sensor. On mirrorless cameras, the viewfinders are electronic, and the preview of the image is just the same as what you can see on the LCD screen. Although what you have seen on the electronic viewfinder is the same as that of an optical monitor, there are still some profound differences. 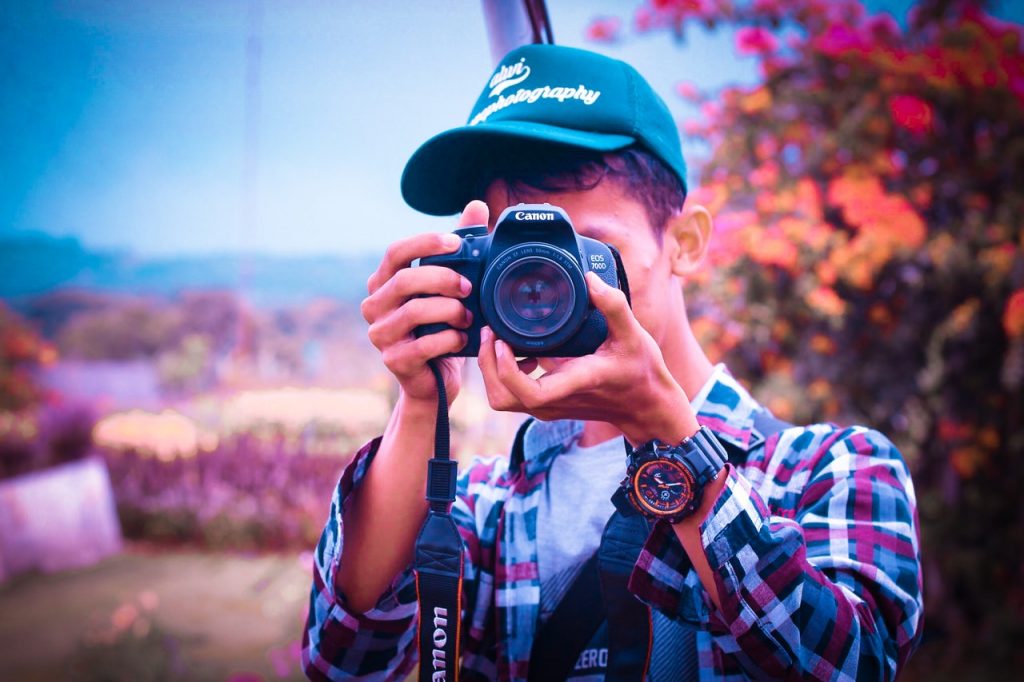 What Are the Pros and Cons of Mirrorless Cameras and DSLRs?

Even though mirrorless cameras are widely available, and their quality is closer to DSLR cameras, each type has its pros and cons. With a DSLR, there are perks such as its amazing speed when tracking or autofocusing subjects, however, this is changing. Basically, DSLR cameras utilize the phase detection feature on the autofocus modules found in the body of the camera. As a result, tracking and autofocusing subjects can be done faster.

On the other hand, mirrorless cameras greatly depend on sensor-based autofocus, which evaluates the utmost contrast between pixels on the sensor of the camera. The higher the contrast, the more focused the subject is. Traditionally, this technique is slower and could be challenging when it comes to moving subjects.

This is because it relies on the level of contrast and not on measuring distance. Nevertheless, with the advancement in high-end cameras, hybrid autofocus systems are now featured in the best mirrorless cameras. As a result, there is a narrow gap between the autofocusing speeds of mirrorless cameras and DSLR.

Why Would You Use a Camera Designed for Stills in Shooting Videos?

A lot of camcorders have fixed zoom lenses and small sensors. Keep in mind that these small sensors do not work well in low lights, which means that SLRs are more advantageous since they have much bigger sensors.

Also, the depth of field of big sensors is much shallower. Hence, with the same aperture, a smaller portion of the shot will be in focus. As a result, it will appear more “cinematic”, just like what you see in cinema films. If you want to make the most of it, then you can use wide aperture prime lenses or non-zooming lenses. You can even change the focus from one portion of the image to another as you are filming, which is also known as “pull focus”.

If The Video on DSLR Looks Excellent, Why Shouldn’t You Do It? 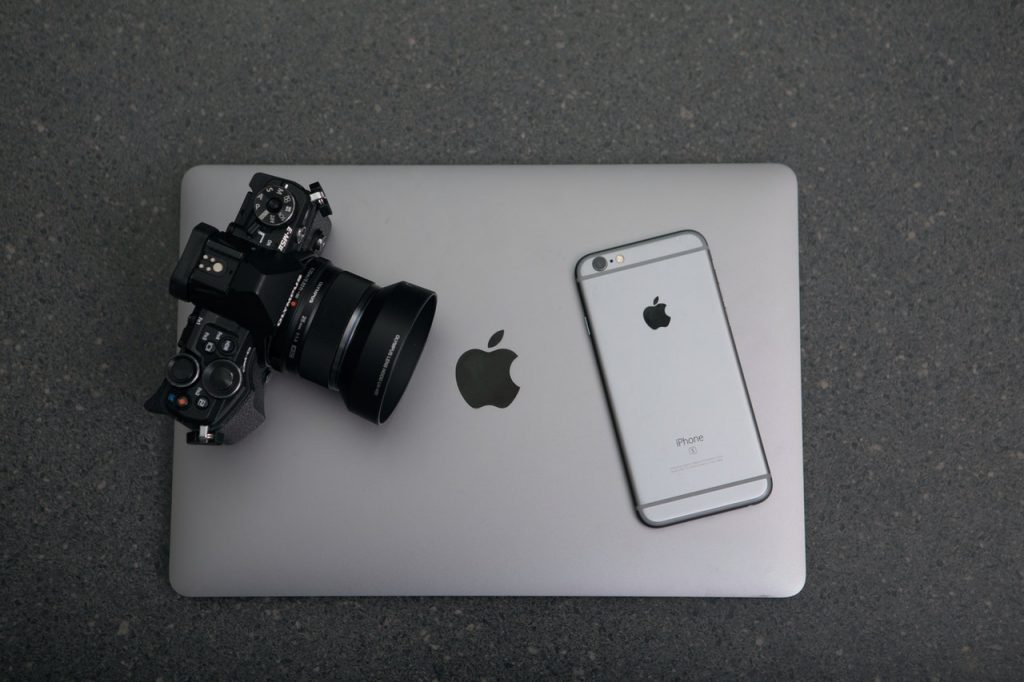 Most mirrorless cameras and SLRs do not include headphone sockets, and sometimes, they can’t record excellent audio even when a separate microphone is used. Hence, you might be required to use a separate audio recorder.

Mirrorless cameras and DSLRs are not cheap. A Sony, Canon, or Panasonic HD camcorder might cost less than $250. The cheapest DSLR which is video-capable might cost around $400.

The focus on a live view screen might be slow. Hence, you might need a separate viewfinder if you want to magnify the image further. If you want to hold focus on moving subjects, then it can be annoying to have a shallow depth of field. SLRs often have excellent, quick autofocus for stills, however, when it comes to “live view” autofocus, it is much slower.

Generally, SLR sensors are used for shooting high-resolution stills. The current models usually come with at least 18 megapixels, however, for an HD video, you will only be needing two. Hence, some cameras including older or lower-priced Canons are only capable of recording videos from a few rows of pixels. Sometimes this can result in distracting interference patterns which are also known as aliasing or moiré.

Most often, the recording of SLR video is not done from the whole sensor at once. Rather, it will scan down the sensor, resulting in a “rolling shutter” distortion once you use the camera handheld or you move the camera sideways.

You might find it gawky to move it smoothly or hold it steady when making video shots. A monopod, a tripod, or a special rig might be needed. Although a lot of camcorders have excellent image stabilization, they can be used easily when handheld.

Compared to camcorders, SLRs are bigger, and usually, some accessories will be required if you want to obtain good results. However, with camcorders, you can start shooting right away. Most of them have excellent image stabilization, so you won’t be needing a tripod.

The Panasonic G85/G80 which is more affordable has outstanding image stabilization. On the other hand, Canon mirrorless EOS-M5 and the Canon 80D feature fast video autofocus. When it comes to camcorders, Canon’s XC15 has the appearance of an SLR, however, it can shoot broadcast-quality video.

Should You Use SLRs?

Most people would use mirrorless cameras, SLRs, iPhones, and camcorders. You will love the excellent quality of images and the shallow focus of the SLR. However, when you are shooting events, you will find that using a camcorder is quicker and much easier. For master shots, you can place the camcorder on a tripod and for closeups, you might want to use the SLR.

Mirrorless cameras and SLRs are the best options if you want to obtain film-like image quality. Hence, they are highly recommended for very low-budget filmmakers and film students. Also, they are the best choice when you are looking to shoot high-quality videos or stills.

When shooting news and events, camcorders are a better choice. You can easily pick them up and start shooting, at the same time, its audio is much easier. Also, when using SLR and it’s time for you to stop down the lens to provide you with a depth of field when shooting a fast-moving scene, sometimes the difference in low light performance is just very small. Some semi-pro and pro camcorders such as Canon XC10 include large sensors, which are excellent for low-light shooting and provide room for creativity with depth of field.

What Else Can You Use? 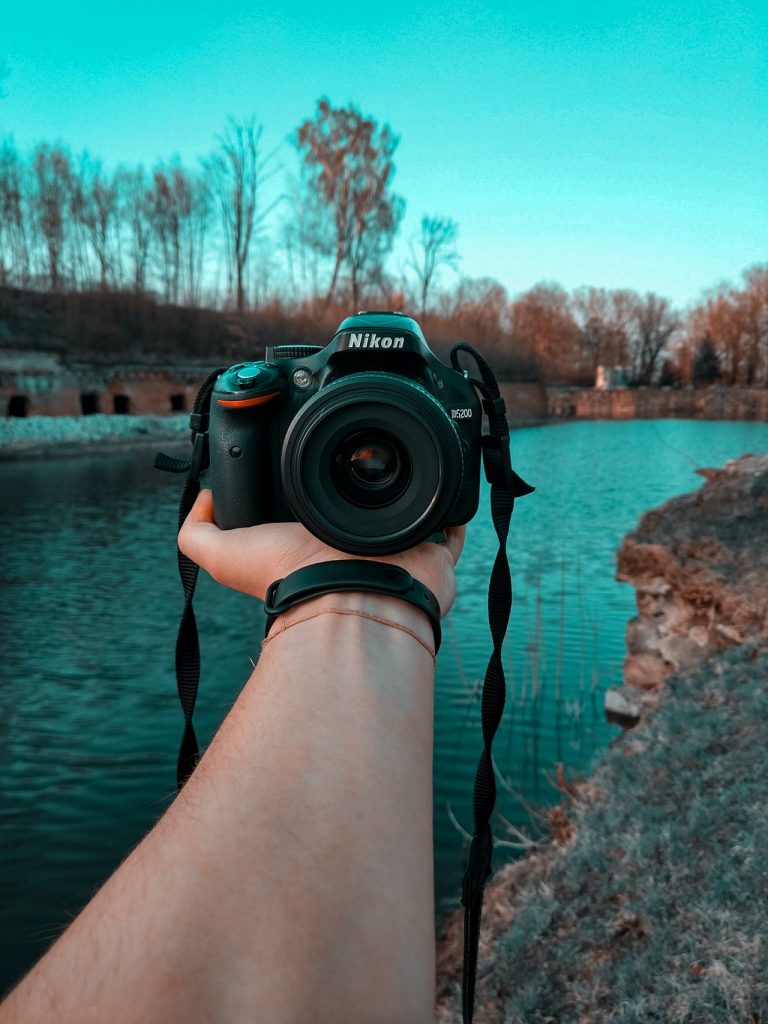 If you have an extremely tight budget, then you could simply use your phone. With the latest iPhone and a filming app, along with a microphone and a pistol grip, you can already shoot good videos and you won’t be attracting too much attention compared to bigger cameras. iPhones are commonly used by documentary makers and mobile journalists.

If you want more portability, then a good option would be the DJI Osmo Pocket. It is a small 4K camera that is stabilized, and you can use your smartphone as the monitor.

If you want the best of both worlds, then the best option is Canon C100. It is a combination of the advantages of SLRs and camcorders. Canon’s Cinema EOS cameras such as C100 can take interchangeable lenses and have Super 35mm sensors. However, they have better sound and video quality, additionally, they are much quicker to use for filmmaking. The price of a used C100 is just the same as a high-end mirrorless camera.

BlackMagic’s Cinema Cameras are also a good choice if you are looking to record in high-quality formats, which are easy to grade and color correct. You can use the Pocket Cinema Camera 4K for recording RAW and ProRes 4K files.

At Enhanced View Services Inc., you can find different types of cameras for shooting your video. For more information, you can call us at 305.971.2916 or send us an email at [email protected]