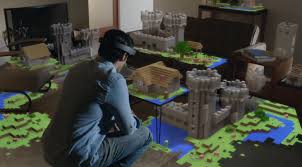 For a good while Microsoft and PC’s in general have gotten a bad rap.

“They’re exclusively for desk jockeys and accountants. They don’t appeal to the artistically minded. They’re not cool enough.”

Well, after yesterday’s event in Microsoft’s headquarters just outside of Seattle, people may find new hope for Microsoft.

To understand how Continuum works, take for example the new Office Suite. Continuum is the reason why PC Office and Office Mobile look remarkably similar. Rather than developing two versions of the same software, one for PC and another for mobile, Microsoft has implemented Continuum to always run Office as if it were on a mobile device until it senses a keyboard and mouse.

Not only will users be able to call up their documents across all of their Windows 10 devices, but they will also be able to stream XBOX One games onto any Windows 10 platform.

Speaking of XBOX, the voice assistant who made her debut in Halo, Cortana, is also a main fixture on all Windows 10 devices, not just mobile.

Another reason to believe that Microsoft may finally have its act together is in its scrapping of Internet Explorer and its development of Project Spartan — a sleeker browser with new features such as reading mode, note-taking mode (which allows you to mark up your page), and Pocket (which is similar to Safari’s page-saver).

Perhaps the most remarkable unveiling at the event (let alone all Microsoft events) is the HoloLens, a device that superimposes holograms into real life surroundings. According to The Verge, gamers can use it to play Mincraft; architects can use it to walk through virtual renderings of their work, and folks at NASA can use it to virtually walk on the surface of Mars.

By far this is the most excited I have felt after hearing news from Microsoft. It seems that since Ballmer’s departure Microsoft has been able to push into new and exciting arenas. He doesn’t seem to have hard feelings, though.

If Windows 10 is the hit Microsoft says it will be, I’m sure more people will fall in love with Microsoft too.